Chris have an acre in his side.

Mary could not come to school because she was bother by very close veins.

John has been absent because he had two teeth taken out of his face.

I kape Billie home because she had to Christmas shopping because I didn't no what size she wear.

John was absent yesterday because he had a stomach.

Please excuse Gloria, She been sick and under the doctor.

My son is under the doctor's care and could not take fizacal ed. Please execute him.

Lillie was absent from school yesterday as she had a gang over.

Please excuse Blanch from P.E. for a few days. Yesterday, she fell out of a tree and misplaced her hip.

Please excuse Joyce from jim today. She is administrating.

Carlos was absent yesterday because he was playing football, he was hurt in the growing part.

My daughter wouldn't come to school Monday because she was tired. She spent the weekend with some Marines.

Please excuse Sandra from being absent yesterday. She was in bed with gramps [cramps].

Ralph was absent yesterday because of a sour trout [sore throat].

Please excuse Wayne for being out yesterday because he had the fuel [flu].

Please excuse Johnnie for being. It was his father's fault.

Maryann was absent Dec. 11-16, because she had a fever, sore throat, headache, and upset stomach. Her sister was also sick, fever and sore throat, her brother had a low-grade fever. There must be the flu going around, her father even got hot last night.

Please excuse Sara for being absent. She was sick and I had her shot.

Please excuse Lupe. She is having problems with her ovals.

Please forgive Clarence for being absent from school the past few days. He was home sick from an operation. He had penis trouble and had to be serpent sized.

The basement of our house got flooded where the children sleep so they had to be evaporated.

Please excuse Pedro from being absent yesterday. He had diah diahoah dyah the shits.

Why do ostriches bury their heads in the sand? They actually don't. In a study of 200,000 ostriches over a period of eighty years, no one reported a single case where an ostrich buried its head in the sand (or attempted to do so).

Two hundred and twenty six soldiers lost their lives way back in 1850 when they crossed a suspension bridge that spanned the Maine at Angers, France. It turns out that they were all marching in step and had caused an increased resonance (vibration) to the bridge. Ever since, troops are ordered to rout step (march out of step) when crossing a bridge.

Before the invention of anesthesia, speed was a highly regarded trait in a surgeon. Dr. Robert Liston of London was among the fastest. But, speed comes with some cost. In one particular operation, Liston killed three people. The patient actually survived, but later died of gangrene. During the operation, Liston accidentally cut of the fingers of his surgical assistant, who soon died from an infection. Liston even managed to slash through the coattails of a colleague who was observing the operation - he was so sure that his vital organs had been punctured that he died of fright!

Everyone knows that spinach is loaded in iron and makes you stronger - Just look what it has done for Popeye's career. Well, Popeye was wrong. So were all of those parents that stuffed it down their kids' throats. In reality, spinach has no more iron in it than any other vegetable. This spinach misconception dates back to the 1950's when a food analyst made an error while calculating the iron in spinach. His decimal place was off by one place, suggesting that spinach had ten times as much iron content than it really did. Vissi það!!!!

In four separate instances between October 1987 and February 1988, small pink frogs rained down from the sky on to various parts of Great Britain. Scientists are still uncertain as to where these frogs originated, although some have traced them back to the Sahara desert.

A South Korean movie theater owner decided that the movie The Sound of Music was too long. His solution? He shortened the movie by cutting out all of the musical scenes!

Just a little spin of the land and our problem will be solved.

We are used to living in an age where television, newspapers, radio, and computers spread information quickly. And, as much as we hate to admit it, our population is much better educated than at any other time during history.

So, let us set our timepieces back to an age before all of this technology. We’ll head back to the mid-1820’s when people gathered in central community squares to hear the latest news and gossip. In particular, we will take a look at one specific community forum, the one that was located at the junction of Centre, Grand, and Baxter Streets in the heart of Manhattan, New York City, New York State, United States of America, North America, Planet Earth… You get the idea.

The Centre Market was a place where the local butchers and tradesmen gathered to discuss the latest news. A rumor had started to spread through this and several other neighborhoods that the tip of Manhattan Island was sinking into the ocean. For proof, all one had to do was take a look down at the Battery and see how that end of the island dipped down into the water. Clearly, the weight of all of the buildings that had been constructed there was the culprit.

In these days before most people knew anything about geology and the solid nature of the Manhattan bedrock, concern started to take hold. People talked about the problem for several months, but no one had a clue as to how they could solve it.

Enter the main character in this bizarre story, a man that went under the pseudonym of Lozier. Lozier, a retired ship’s carpenter, was fairly well educated for his time. When word reached him about the island’s dilemma, he decided that action needed to be taken. And Lozier decided that he was just the man to take it.

The best proposal that anyone had at the time was to saw off the end of Manhattan at Kingsbridge, which is located at the northern end of the island. The land would then be rowed out to sea, spun around, and then towed back in. The heavy end would then be located closer to the mainland and new zoning laws would be passed to prevent further development on the lighter end of the island.

Are you buying all this? As unrealistic as this scheme seems to us today, Lozier was about to set one of the most bizarre hoaxes in history into motion.

Lozier got to work getting people to buy into the idea. Day after day he would strike up conversations with complete strangers about the problem. Word started to spread and many people started to offer their services. Lozier signed up carpenters to build the many barracks required to house the hundreds of workmen. He then enlisted the support of men to build the giant saws and the twenty-four sweeps needed to “sweep” the island around once it was detached.

Yet the most important job was that of the “pitmen”. Lozier figured that if you were going to saw an island off, then someone would have to be located on the end of the saw that was beneath the water’s surface. As a result, Lozier offered triple the compensation to those men that were qualified to be pitmen.

And what were the qualifications to be a pitman? Very simple: You had to hold your breath for a long time. Long lines formed for this great- paying job. Men would hold their breath until they were ready to explode while Lozier timed them. The men with the longest times were given the honor of being a pitman.
With hundreds of men anticipating the start of the project and the lucrative income that it would bring, pressure started mounting on Lozier to specify a date on which the sawing off of the island would commence. Lozier finally chose a day and divided the group of willing workers into two. Half of the men were directed to meet at the forks of the Broadway and Bowery while the other group was told to meet on the corner of Spring Street at Number 1 Bowery.

I bet you can see where this story is headed…

The day for the project finally arrived and all of the men met at the specified locations. That is, all of the men except Lozier. He was nowhere to be found.

Almost immediately, the workers began to suspect that they had become a victim of an elaborate hoax. Yet, with typical male pride, hardly anyone would admit to having been tricked. Instead, they began to ridicule the few men that would admit to falling for the hoax.

And what happened to Lozier? He simply went into hiding, for obvious reasons. After several weeks, he reemerged in disguise. He once again assumed his identity, but his real name has been lost to history.

So is this story really true? It appears to be, although no one will ever know for sure. Thomas F. De Voe, who just happened to have been appointed the Superintendent of Markets for New York City in December of 1871, records the earliest existing documentation of the hoax in The Market Book. He claims that it was his Uncle John De Voe who actually first told Lozier of the problem with the island. True or false, it still makes for a great story.

If you like Pina Coladas and getting caught in the rain, if your not into health food, if you have half a brain ....

No nervous wrecks going down
going down

Let's take a trip together
Headlong into the irresistible orbit 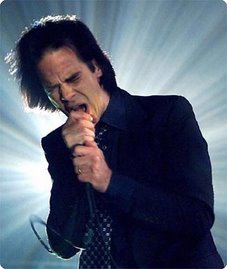